From TerraFirmaCraft Plus Wiki
Jump to: navigation, search
Potato 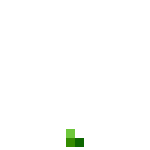 Potato can be found growing in the wild in the Americas Region between the seasons of Spring and Late Summer, and has a chance to regenerate during those seasons every year. Harvest the plant to obtain Potato seeds as well as an average of 55 oz of Potato if the crop is mature. Potato requires a minimum temperature of 4℃ to grow, and a minimum temperature of 0℃ to stay alive. Potato is a Nutrient C crop.

Potatoes are also a rare drop from zombies. However, the potatoes dropped by zombies will already be 50% decayed.

Potato is not a hardy crop, meaning that it will not survive below-freezing temperatures.

Potatoes can be used to make Potato Water. Potato Water is used in the creation of Potato Wine.

This is done by sealing at least 145 ounces of cooked potato into a container of Fresh Water. The GUI of the sealed container will show the date sealed and the expected output, which will be a potato-water mixture.