From TerraFirmaCraft Plus Wiki
Jump to: navigation, search
This page contains changes which are not marked for translation.

In Terrafirmacraft+, yeast can be obtained by leaving non-preserved Fruit or Malted Grain in a Food Preparation surface for an in-game day. Yeast appears in-game as a property of Fruit or Grain, and is not a specific item on its own. When a food has yeast on it, its name will be prefixed with "Yeasty". This property has no effect on Decay or Taste, and can be removed by placing the food in a Firepit.

Fruit Wine can be made from the Juices of Food items in the Fruit category, as well as Agave and Sugarcane. To start the fermentation, add Yeast to a container of Juice, and seal it. As with other alcohols, fermentation takes 72 hours. 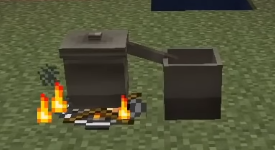 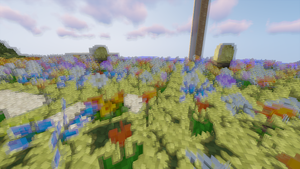 The player can become drunk if they drink too much Alcohol. While Drunk, the player may obtain random negative or positive potion effects, such as Jump Boost or Speed. Negative effects include the player randomly becoming Wounded. There are three consecutive stages to drunkenness: Drunk, Very Drunk and Wasted. When the player is Drunk, they have a small chance of failing to interact with items such as chests and barrels. If the player continues drinking, they will become Very Drunk. The player's view will become blurry, and they will not be able to use an anvil, as well as having an increased chance of failing to use an item. Continuing to drink will lead to the player being Wasted. In the Wasted stage, the player's view will gain a phosphor effect, where lines appear to stretch. The player will wobble side to side while walking. Drinking past this point will eventually lead to the player dying of alcohol poisoning. Drunkenness will slowly wear off on its own.