From TerraFirmaCraft Plus Wiki
(Redirected from Rind)
Jump to: navigation, search
Quern 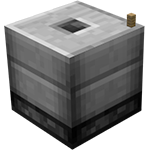 Crafting the quern requires both a Quern Base and a Handstone, the handstone is later used up while grinding and needs to be replaced.

Note that the base uses smooth stone while the handstone uses raw stone.

Querns can be automated by Mechanisms. To adapt a Quern for automation, craft a Rind from Wrought Iron on an Tier-3 Anvil. The Rind acts as a mount for the Millstone and goes in the handstone slot of the Quern. Next, craft a Millstone and place it on the top of the quern by right-clicking. Attach a powered axle to the Millstone to turn the Quern. It will now automatically grind items that are placed in it.

Hoppers placed below a Quern will not remove items until either grinding stops, or when there is a full-stack of items in the quern's second output slot.