From TerraFirmaCraft Plus Wiki
(Redirected from Copper Roof)
Jump to: navigation, search
Roof 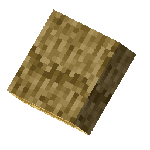 Roofs can be made from several different materials, including Thatch, Clay, Slate, and Copper. Every material can have up to three varieties of steepness which are made by different crafting recipes.

The Thatch Roof is crafted with two Straw Blocks and one stick. Thatch roof does not have a shallow roof variant.

Slate Shingles are made by crafting a Slate Brick with a Chisel.

Slate Roofs are crafted with Lumber and Slate Shingles.

Clay Tiles are made by wrapping two clay balls around a log in the crafting interface. They are then fired in a Pit Kiln or Kiln to create Ceramic Tiles.

Copper Roofs are made with Lumber and Copper Metal Sheets.

Right Clicking them with an Ammonium Chloride Ball.

Roofs can be placed on most compatible blocks, which will "drag" the block's texture up, creating a seamless texture between the block and the roof. At corners, roofs can be hit with a Hammer to create a seamless corner. Shallow roofs act like vanilla slabs, and can fit in either the lower half of a block, or the top half of a block. Regular and steep roofs are one block each.

A roof up to 25 blocks above the player's head will provide the player with temperature protection, based on the roof's material. Along with Clothing, this can enable survival in extreme environments.

These bonuses do not stack. If there are multiple layers of roof overhead, only the lowest roof block's temperature resistances will effect the player.

Raw stone can form a natural roof if there are 7 solid blocks of contiguous stone within the 12 blocks above the player's head. This means that caves can provide protection from extreme temperatures naturally. A natural roof gives +1 heat resistance and +2 cold resistance.