From TerraFirmaCraft Plus Wiki
(Redirected from Barley (Harvest))
Jump to: navigation, search
Barley 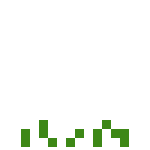 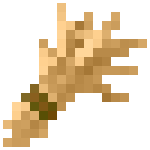 Barley can be found growing in the wild between the seasons of Spring and Late Summer, and has a chance to regenerate during those seasons every year. Harvest the plant to obtain barley seeds as well as an average of 14 oz of barley if the crop is mature. Barley requires a minimum temperature of 4℃ to grow, and a minimum temperature of 0℃ to stay alive. Barley is a Nutrient A crop.

Once refined into grains, barley can be eaten directly, or turned into bread. Barley dough and flour are inedible. Consuming barley replenishes the grain nutrient category.

Processing barley into bread doubles it's weight, providing more food from each harvest. First, the grains are ground in a quern to produce flour. Next, the flour is hydrated with a bucket of fresh water to produce dough which is double the weight. If the flour weighs more than 80 oz, crafting the dough will leave the flour in the crafting grid, minus the 80 oz used to create a max weight piece of dough. Finally, the dough can be cooked in either are firepit or a forge to produce edible bread.

Barley grains can be used to breed Aurochs, Horses, Boars, and Mouflon. Just like the player, animals consume 5 oz of the food's weight each time they are fed.