This article assumes you have installed Terrafirmacraft+; if you need assistance or have difficulty in installing the mod, look at the Installation page. Terrafirmacraft+ may cause a higher performance impact than Terrafirmacraft Classic. For suggestions on how to mitigate the impact, see Performance Optimization. If you require support for Terrafirmacraft+, you can visit the Discord or Subreddit. 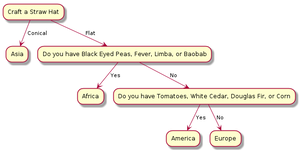 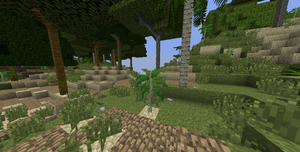 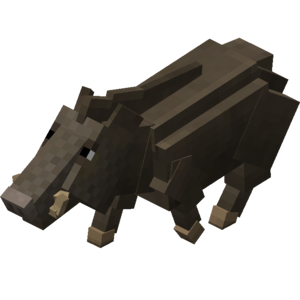 Animals in Terrafirmacraft+ are undergoing an overhaul. They are being updated with new models, animation, sounds, functionality, and behavior. In general, all animals will now spawn as wild species that can then be domesticated. Domesticated animals have behavior that is more beneficial for the player. For instance, Mouflon, a wild variety of Sheep, only grow wool when it is cold, but domesticated Sheep grow wool year-round.

In addition, all animals are receiving new behavior. They will lie down and sleep at night, seek shelter in the rain, and forage through leaf litter for food. They will also hit back when players harm them, and certain animals may proceed hunt down and attempt to kill the player. The amount of damage they deal is dependent on their body size. This makes hunting a larger challenge.

Fish mobs have also been improved. They now spawn in Rivers, Shores, and Oceans. Terrafirmacraft+ adds a large variety of new fish mobs that spawn in different locations. Fishing has been given an overhaul: for more information about the new system, see Fishing Rod. Shellfish, such as Scallops and Seastars, have also been added.

There are many planned future updates and features for Terrafirmacraft+, including additions to and overhauls of the carpentry, smithing, and cooking systems.